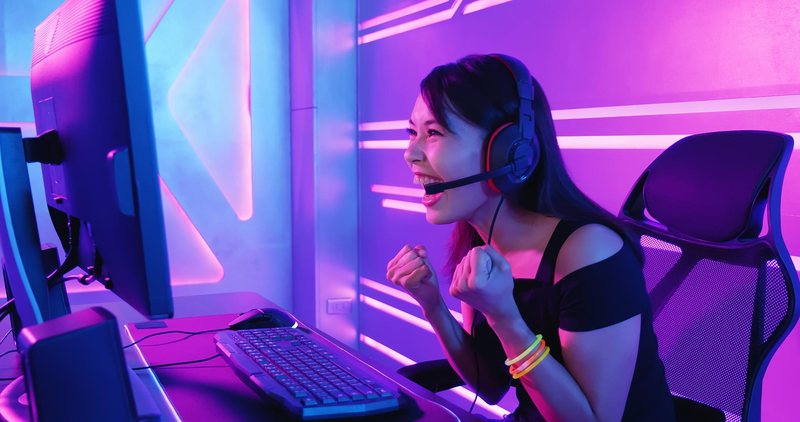 The statistics surrounding the video game industry scream nothing short of massive progress.

In 2018, for example, video games generated about $119.6 billion in terms of revenue. With games accounting for 43% of total mobile usage, the gamers market is yet to be explosive.

Its market is constantly growing and mobile gaming consumption is at its peak.

It does not come as a surprise that out of Forbes 2,153 top billionaires, 26 are gaming gurus. Investors in this realm are making it big.

This article outlines some of the biggest names in the gaming industry that made their fortunes creating immersive games. 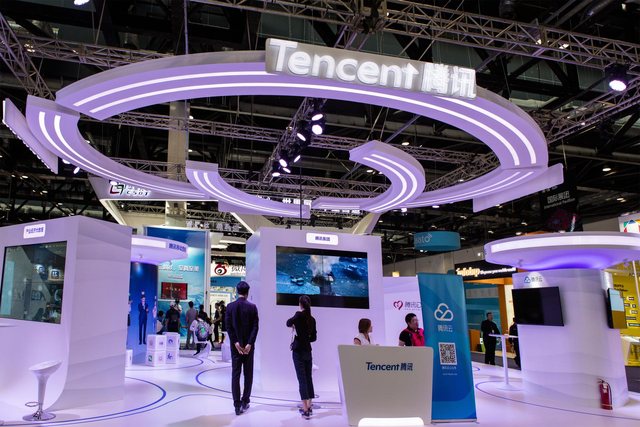 Tencent is an internet giant in China. Besides launching various social media networks such as WeChat, it has also cut a dramatic swath through the gaming arena. Its CEO Ma Huateng takes credence for its explosive success. With a personal fortune estimated at $47 billion, Ma Huateng is a respected gaming guru all over the world. The chairman of Tencent Company traces back his success story back to Southern China where he grew up.

He graduated from Shenzhen University in 1993 after which he landed a job as a software developer. He later quit his $176 a month job and collaborated with his college classmates to form an internet company -Tencent. A few years later, the company was already grossing $32 million in terms of investments. Besides providing cloud and Artificial Intelligence services, the company also provides gaming services. One popular game that bears a link to Tencent is "Fortnite". The game was released by a subsidiary of Tencent games called "Epic Games". The Battle Royale game is not only popular in China, but has also gained a massive following all over the world. When Gabe Newell entered the scene back in 1996, it was obvious that he would be a game-changer. The gaming genius left Harvard in 1993 to join Microsoft, where he fine-tuned his skills in the software business. He decided to pursue his creativeness and left Microsoft after 13 years of committed service.

Together with his former colleague at Microsoft, Mike Harrington, they founded Valve Corporation. The company went ahead to launch many explosive gaming titles. This particular game broke its banks and is recognized by more than 40 publications as the PC game of the year.

The company has also produced award-winning games including:

The success story of Gabe Newell’s gaming stint is not restricted to his game titles. Thanks to Valve corporation’s multiplayer system gamers can thrill off customized game operations. The gaming modifications reconfigured gaming experience. They found a way in the hearts of millions of gamers. In 2003, Valves released an application for software distribution called "Steam". Its release paved the way to Gabe Newell’s overnight success since gamers could now access multiple games through the app.

It boasts of 75 million active users today and Gabe Newell’s net worth stands at $ 3.5 billion according to Forbes. William Ding is another genius who transformed a 12-employee company into one of the most reputable ones in the gaming industry. Net ease Games is a popular gaming company, with thrilling games such as "Westward series", "Tianxia III" and "Heroes of Tang Dynasty". The gaming company also collaborates with Blizzard Entertainment, producing "WarCraft III" and "World of Warcraft".

According to Forbes, the 48-year-old is currently worth $ 13.5 billion. To imagine that such a hefty fortune emerged out of gaming is beyond compelling.

Ding started his company back in 1997, initially focusing on developing internet software, but later venturing into multiple facets such as online music and e-commerce. He became the wealthiest man in China back in 2003 and was also crowned the pioneer internet and gaming billionaire in China. His success as a gaming mogul is always pegged to his involvement in multi-player gaming.

Despite facing fierce competition from Tencent, Net ease remains focused on its gaming purpose and continues to leave its marks in the gaming world. It exclusively owns and licenses "My Craft", which grossed total earnings of $ 110 million last year. 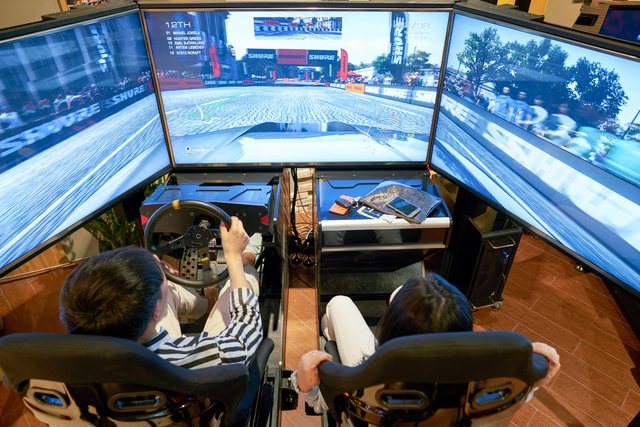 Kim Jung Ju is an acclaimed gaming mogul in South Korea. Although his wealth may have encountered a downward spiral over the past few years, Kim remains one of the biggest contenders in the gaming industry.

He is one of those lucky individuals who discover their purpose at a budding age and have the resources to nurture it. Upon completing graduate school, he founded his online gaming company, Nexon, before 30.

He owns the biggest gaming company in the country, Nexon and has an estimated Net worth of $5.9 billion. He founded Nixon in 1994 in South Korea and stumbled on his big break two years later.

Nexon published its first gaming title in 1996. Nexus' "The kingdom of the Winds" is still active in the company’s gaming scene over a decade later.

Today, the number of subscribers of the RPG game stands at a staggering 23 million. Besides Nexus, Nexon also claims ownership of thrilling games such as "Dark Ages"; "Galaxy" and "Elemental Saga". Other games such as "Marple Story" and "Kart Rider" have also received overwhelming reception in the gaming world, making them all time selling hits for Nexon.

Kim Jung’ Ju expanded his stakes in 2013 by acquiring Big Huge Games, which is a mobile game developer in Maryland. 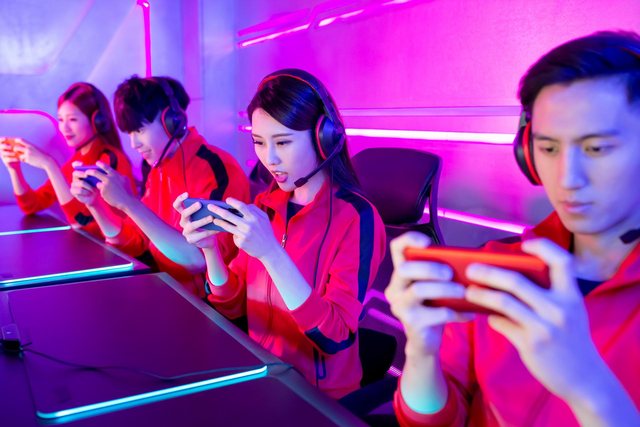 Cyber sports
Gamers play a mobile game by smartphone in the eSport tournament.

Through his company Smile Gate, Kwon’s presence in the gaming industry is untamed. He birthed Smile gate back in 2002 and steered it into one of the most valuable gaming companies in South Korea. Within less than a decade, "crossfire" boasts of over 600 million users with a majority of them hailing from Asia. Smile Gate released "Crossfire" in a collaboration with Tencent gaming company in 2008.

Smile gate has also created Devil Maker: Tokyo, Soul Worker, and Sky Saga. Thanks to the overwhelming fanbase enjoyed by Smile gate, Kwon Hyuk-Bin has a net worth of $2.8 billion and is among the wealthiest men in South Korea.

This industry provides a myriad of opportunities for investors to be on a big run with their earnings. 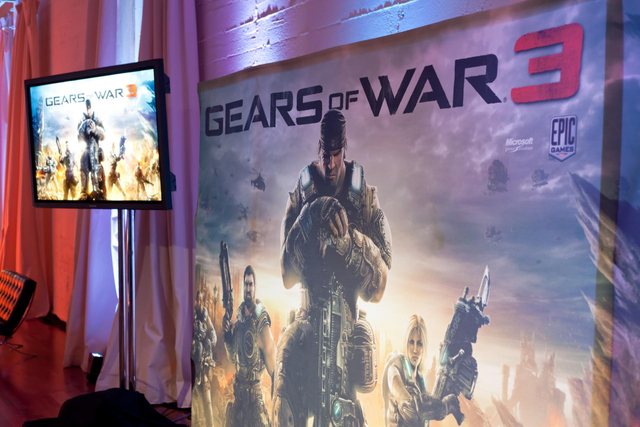 Timothy Dean Sweeney was born in 1970. He is an American video game programmer, billionaire businessman and conservationist, known as the author and CEO of Epic Games, and the inventor of the Unreal Engine, a game development platform.

Wired journal granted him a Rave Award in 2007 for his effort on Unreal Engine 3, the technology after the blockbuster Gears of War.

In February 2012, Sweeney has enlisted into the Academy of Interactive Arts & Sciences Hall of Fame for developing the face of gaming with the Unreal Engine and Epic, which serve both consumer and industry-facing technology to new heights.

Sweeney earned the Lifetime Achievement Award at the 17th Game Developers Choice Awards. In 2019, he was named Person of the Year by British video game production trade journal MCV.