Generation Z has brought forth many radical changes especially in the online industry. The young celebrities have a special uniqueness in character, the way they work and the passion they pursue. We can say that compared to the millennial and generation x, generation z has high aspirations and ideals for the future. 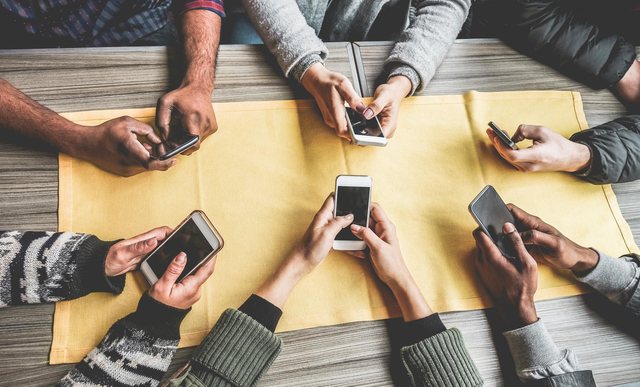 Who are Generation Z celebrities?

Anyone born from 1996 to 2015 is part of Gen Z. The celebrities that are having a huge impact on gen Z are usually also part of it, from Billie Eilish, Liza Koshy, Emma Gonzalez, to Angeline Makore, Emma Chamberlain, BTSonly to name a few. They are usually singers, YouTubers, or Netflix actors, and pretty often self-made celebrities.

Most of these celebrities have become famous due to social media. It has become like a tool they have used to showcase their talents and create their fan base. If during the 2000s you could not become famous without a record label, in the new generation you can just start posting on YouTube and Instagram and become a self-made artist. Something that a few years ago would have seemed unimaginable. But because social media has become an everyday basis in generation Z’s life, the impact everything posted on social media has is magnified. This has allowed becoming famous to almost anyone.

When asked about what is the biggest misconception about their generation, most of them responded that most people think they are lazy, but, that is not true. “Many teenagers are sleeping few hours a day just so that they can keep up with school and still follow their passions,” says Emma Chamberlain, a Youtuber, and vlogger. She became famous because of her videos which reflected the real life of a teenager. Using her unfiltered and hilarious personality she has found a way to connect with the masses and affect them with her lifestyle. Also in a TEDx talk from Corey Seemiller, an educator and researcher, pointed out that it is not that the young generation is lazy, but they are just not interested in the old system that the things are made. They are so concerned with the essence and reason behind things that they can not find an interest in superficial solutions. And that is exactly what Emma Chamberlain transmits through her videos.

BTS, one of the most famous Korean pop groups, has achieved outstanding popularity through their songs that treat serious topics like racism, gender equality to environment issues, world hunger and many more. They aspire towards great goals for the improvement of society and are concerned with serious issues that affect the world. Through their thoughts and actions towards these goals, these young celebrities have shown that it doesn’t matter from which part of the world you come from but the message you are trying to deliver.

Angeline Makore is a young leader from Zimbabwe, Africa. She has become known because she campaigned for health and the well-being of women and girls in her country. After nearly becoming a victim of child marriage herself when she was 14 years old, she became an activist against this practice. She is the founder of a non-profit organization that focuses on reproductive, maternal, newborn, child, and adolescent health issues. It has rescued many victims of child marriage and sexual abuse. Makore is always preaching about equality and to treat every person the same way disregarding any religion, cultural background, race or gender, which has become the hymn of the new generation.

When asked whether they believed they had any responsibility to be politically involved, the Gen Z celebrities responded yes. They believed that every person had the responsibility to choose what they think is right and share their opinion with the world. The best example of this is Emma González, an American activist, and advocate for gun control. As a high school senior she survived the February 2018 Stoneman Douglas High School shooting in Parkland, Florida. In response to that, she co-founded the gun-control advocacy group Never Again MSD. She gave a speech “March for our Lives” which went viral, and continued to be a spoken activist and encouraging many teenagers to practice their political power.

Liza Koshy - Inspire to be yourself thinking outside the box

Most of the young artists are inspiring teenagers and young adults to be themselves. Liza Koshy and many other celebrities post pictures without makeup or spontaneous selfies that are goofy and funny. She also shares her everyday life during her vlogs and doesn’t hide anything. She has talked about her anxiety problem, her breakup, and many other sensitive topics. The key to all this is to be free to be yourself in public without feeling embarrassed or ashamed. There is no longer the need and pressure that everything posted on the internet should be perfect and flawless.

There are always two sides to everything. For example, Logan Paul created huge chaos with the video he posted where a series of dead bodies were shown. This video was vied from at least 6 million people before it was taken down. And everyone believes that exposing teenagers to 3the view of dead bodies can have a huge negative impact on them.

Many people have placed their hopes with the new generation and the young artists leading them. Some say that this generation has the potential to change the world and solve the problems the past generations have created. They still have a long way to go but one thing is certain. Gen Z will change how the world works soon.

The Millennials Dilemma: To Follow Money Or Their Passions?

2020 In Business And Innovation: What To Expect