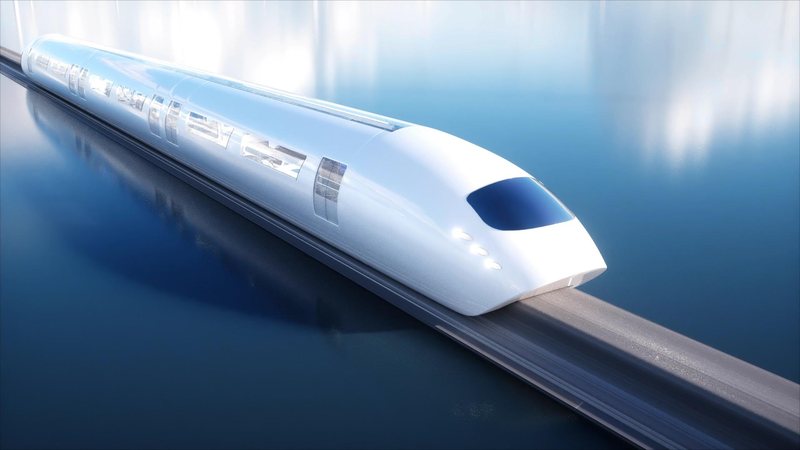 Technology has revolutionized every aspect of our lives. It has changed the way we socialize, make decisions, shop, work and entertain ourselves.

Another area that has tremendously benefited from the technological boom, that mankind has experienced in the last decade is transportation technology. Globalization and the internet have made the world a lot smaller than it was before.

So, we are on a constant search for ways to transport people, goods, and services as fast as possible.

Such a stark increase in the need for fast and efficient transportation also brings increased environmental pollution to the already critical ecological situation that our planet is in. Innovative transportation companies are responding to the current issues and needs of our society by developing new technologies of transportation. One such innovative idea is the Hyperloop technology of transportation.

What is hyperloop technology?

The hyperloop is a concept of transportation developed by Elon Musk, CEO of the aerospace firm SpaceX as well as the inventor of the Tesla. Hyperloop is a safer, more efficient, faster and weather-proof way of transportation underground or above it, which can enable passengers to travel at over 700 miles an hour in the floating pod which races along inside giant low-pressure tubes. This concept is already being developed by several companies and a few possible routes include New York to Washington DC, Pune to Mumbai, Kansas City to St Louis and Vijaywadato Amaravati.

How does the Hyperloop work?

For those of you who have seen The Jetsons, this is relatively easy to imagine. The method of transport is going to be through giant tubes that use magnetic accelerators to move the pods forward, whether they are above ground or underground. The environment inside the tubes is to be a low-pressure environment. Surrounding the pod will be a cushion of air, to allow for a safe movement at such high speed. To avoid keeping the air from building up in the front of the pod, building an air compressor on the front of it has been suggested by the developer. This air compressor would help to keep the air aloft and move it from the front to the tail. A trip that would normally take 6 hours by car with Hyperloop would take only 35 minutes.

How will it affect the environment?

In comparison to the conventional means of transport (road, water, air) which are slow, expensive and notorious for the extreme harm they continue to cause to our environment, hyperloop technology is relatively safe for the environment but at the same time extremely fast. Judging by the conditions in which our planet and environment are in we can’t afford to travel and transport like we have been doing during the past decade. Rail travel in its current state is energy efficient and is the most environmentally friendly option.

However, it is too slow and expensive to be massively implemented to the point where it would reduce the other forms of transport. Taking into account all these issues, the Hyperloop will make high-speed rail transportation system cost-effective for moderate distances. Solar panels are planned to be installed on the roof of the tubes to make this form of transport as clean and self-powering as possible.

Are there any disadvantages that the developers are facing?

The development and implementation of the Hyperloop may be the solution we have been waiting for that will combine our need for fast travel with our duty to protect the environment. However, there are several challenges that the developers must take into account and solve before this technology can be massively adopted.

The pods and tubes can be easily damaged by earthquakes, or be affected by power outages. Secondly, due to the missing infrastructure to support this kind of technology, the cost of construction is extremely high and requires continuous funding. There is also the issue of the inability to build a track that has sharp curves or abrupt height changes due to the lack of wheels on the tubes.

These are, however, developmental issues that every new technology has to face and solve in the beginning, before presenting a fully functional product. It is very likely that with the rapid evolution in engineering, solutions to these issues will come up very soon.

How long until the Hyperloop is fully developed and put into practice?

Even though the concept of the Hyperloop was launched by the American entrepreneur Elon Musk, his company SpaceX is not the one developing it. SpaceX has been holding an annual Hyperloop design competition where they provide an incentive for the newest talents in engineering to create the Hyperloop.

Other giants have developed projects that are actively trying to develop it and have obtained the green light from many governments to test the technology on their grounds. Such examples include Virgin Hyperloop One, a US-based initiative formerly headed by Richard Branson, Hyperloop Transportation Technologies, a US-based start-up that has an agreement with the Chinese government to build a test track in China; Hardt Hyperloop, based in the Netherlands and TransPod which is a Canadian company.

The first full-size prototype was built in 2017 by Virgin Hyperloop One in Nevada and it reached the speed of 387 km/h on a test track. Hardt Hyperloop announced in June of this year, that they are opening a test facility to develop the Hyperloop travel system in Europe. These companies hope that they will be able to conclude all the certification for the technology by 2023 and be able to massively implement by 2029.

Top 3 Positive Things Coronavirus Brought To The World After All