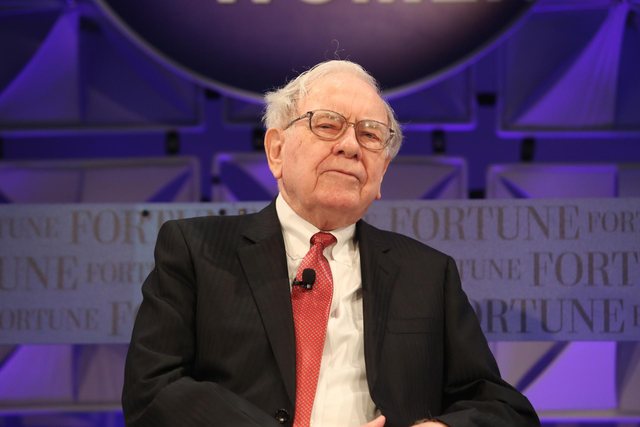 Usually, we are used to people who hold the status of a billionaire to live flashy, celebrity-worthy lives. You hear about them and their shenanigans all over the news, and you spend your time wishing about being able to have that type of lavish lifestyle.

Nevertheless, this time around we are celebrating the billionaires who could very well have the same lifestyle, but choose to live a more humble life. These are the super-rich billionaires who keep a low profile.

The founder of Inditex, and most famous for his Zara brand has a net worth of 68.5 billion dollars.

If we are talking about billionaires that tend to lay low, Amancio Ortega is surely at the top of the list. He is one of the richest people alive to date, and yet he has a signature look which is as simple and homely as can be. You can catch him often sporting a white shirt, with a blue blazer on top and his signature gray pants.

A sweet fact is that he is known to eat lunch with his workers at the Zara headquarters in their cafeteria, which shows that he finds himself in no way superior to them. However, he has allowed himself one major expense, a private jet that comes to a hefty 45 million dollars.

Abigail Johnson is one of the richest women online, sitting on a net worth of 14.1 billion dollars. However, it is rare to catch this woman doing something remotely flashy. She likes to dress sensibly, behave sensibly, and most of all acknowledge the hard work it took to get her where she is.
She continued the family legacy by becoming the CEO and president of Fidelity Investments, and she often likes to point out that her work is never done, and that she wants to keep pushing herself further.

Aliko Dangote has a fortune of 10.6 billion dollars, but his history of success started way back when he was nothing but a small child. He would go around buying sweets and then reselling them at a higher price to get profits, so he was familiar with the value of many since of a young age.

Now, instead of candy, you can find him investing with his company The Dangote Group in fields such as cement, salt, sugar, flour, and rice. Dangote likes to keep a low profile with not much being known about his personal life.

Ingvar Kamprad has accumulated a more than a comfortable wealth of 3 billion dollars. However, he in no way has chosen the flashy lifestyle he could have easily had. Ingvar is the owner of IKEA and his home in Switzerland is also decorated in IKEA furniture. Along with his wife, you can often find them dining in modest restaurants, shopping on the market, driving around in his old Volvo, or on an economy flight.

Chuck Feeney’s net worth may not seem very impressive as it only reaches roughly 2 million dollars. What is so special about him, is the fact that he has donated 6.8 billion dollars to charity, work for which he chooses not to be praised. Even as the owner of the brand Duty-Free, he lives a very modest life, doesn’t spend a lot of clothes and surely doesn’t prefer fancy outings.

This Stanford professor has a net worth of up to 1.3 billion dollars, which is certainly not a small fortune, and he surely knows it. The funny thing is that he dislikes his current position, and he hates showing it off even more. If you were to ask him what his most expensive expenses were, he would say his car, a 2012 Honda Odyssey. David is a firm believer in hard work, no matter what they pay is, and, for him, it has paid off, whether he likes it or not.

Tony is the perfect example of a businessman who likes to invest. At first, he made his millions by selling a company to Microsoft. Many would have stopped at that, and have been set for life, but Tony decided to invest all that, and more to his online business, which allowed for downtown Las Vegas to become a tech hub.

Although money is not something he is after, rather than improving continuously, he has a net worth of 1 billion dollars.

The co-founder of Aldi, which could be the European equivalent to Walmart, has a net worth of 25.4 billion dollars. Karl Albrecht owns the business with his brother, and seeing as they both came from a simple family with not a lot of wealth, this is a lifestyle that has been passed on to them as well.

They are not too big on spending unless it is to further their business, which is a smart and respectable tactic.

As the proud owner of Hobby Lobby, a chain of arts and crafts stores, David Green has an accumulated wealth of 8.2 billion dollars. This though, makes no difference to him apparently, because his life is nowhere near as fancy as the one of a billionaire.

He still flies coach, he sensibly provides for his family, and a lot of his earnings go to charities all over America. Green is very aware of how fortunate he is, and he shares his blessings with others as much as he can.

As the CEO of Berkshire Hathaway and an investor in many other firms, Buffet has an impressive wealth of 79.9 billion dollars.

If you try to find differences in his lifestyle, you will not succeed in finding many. Warren has been living in the same house he had before becoming a billionaire for over fifty years now. Despite his lifestyle not representing his fortune, he also loves charity and has donated billions to different causes. Something else that is interesting about his work, is that he requested to have his taxes raised to be fair.

With 56.1 billion dollars secured in his bank account, you would never believe Carlos Slim is not living some extravagant life. As the CEO of Telmex, but not only, Carlos has had a very successful and profitable career, but not much has changed for him, seeing as he still lives in his old house of many decades now, and as reported no fancy expenses are ever really made in his name.