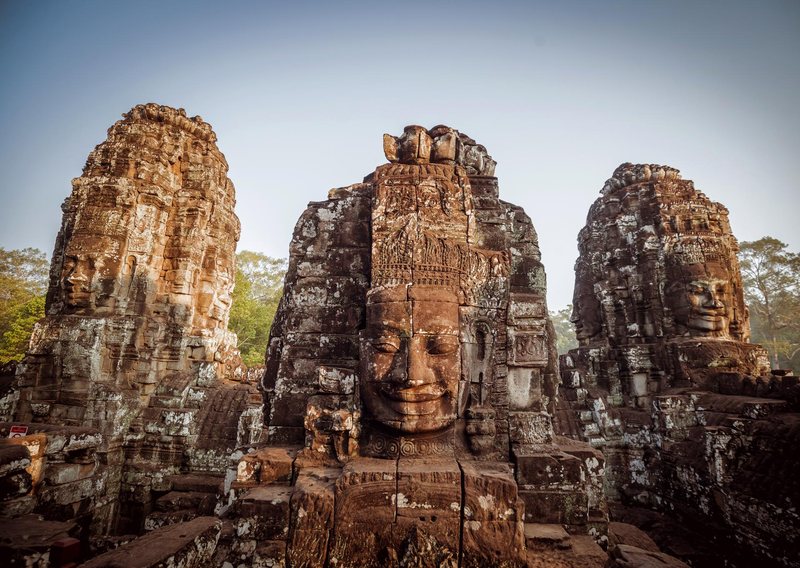 It is hard if not impossible for an average post-modern man to fully grasp the very constitution of the idea that before everything that we see, know, perceive and experience in our time, there were many ancient civilizations; people, just like us, each of them unique in their traits, governing ways and innovations that have brought mankind up to this stage.

Can you tell how far we have come as a whole?

Can you see the beauty of humankind and all its creations?

Can you ask yourself a question: how important am I and what’s my ultimate role in this scenario?

If you would dare to and answer these questions with honesty, you will find great pleasure in the abundance that life itself has in store for you; for every one of us.

When you hear “ancient”, most people tend to relate the term to Egypt due to the echo that still follows through the chambers of history up until here. Their contribution and innovations have touched many spheres that are present even today, such as science, medicine, mathematics, architecture, art, crafting, war, philosophy, literature, etc.

Although it is a topic which is clearly up for debate, there are many historical claims that state that swords were invented by many, each in their respective culture and civilization but some main sources point out that the sword which came from the knife (obviously and the knife for those who ask themselves where did it come from, it was present since the beginning of everything and has accompanied humanity ever since), was invented by the Egyptians during the bronze age. 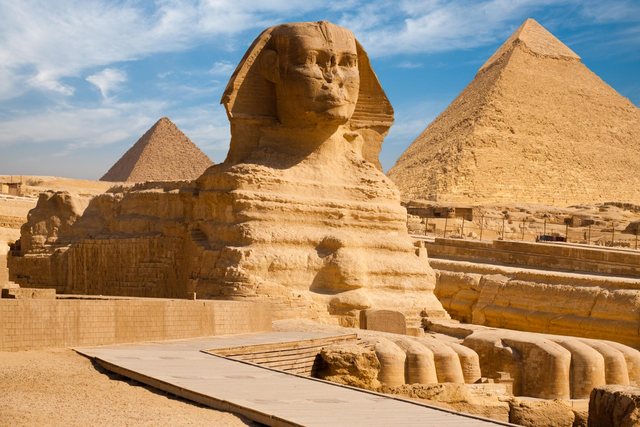 Introducing the sickle sword, Khopesh. Cast in bronze with a tip made for bludgeoning and a curved, hookey shaped like body-blade that cuts and also serves as a very effective deflecting target due to its shape.

The khopesh paved the way for many swords or future blade technologies for many civilizations to come.

Black ink; consisting of a mixture of vegetable gum, soot, and bee wax was the innovation by the Egyptians who also were the first civilization to invent writing alongside the Mesopotamians. They included many various naturals, coloring elements to the ink to expand the range of its usage.

Not every civilization had it easy with measuring time, not everyone had the convenience to go and buy a fully self-operating mechanical/electronic watch/clock like we do.

How did they do it then?

What do you make of a pot with cool Egyptian symbols that drip drops of water in another pot and that is filled with water and measures time in a very specific way?

You get a water clock! From 1400 BC, its function consisted of two pots, one which was filled with water indicating a full day ahead and the second one at a lower plane which expected water from the first one at a set pace. Also, the second pot was marked with rings that whenever a ring was reached with the water level, it pointed to the idea that an hour has passed.

While the first-ever writings to be discovered were from the Sumerians/Mesopotamians and later on by the Egyptians through the papyrus,

China has the very essence of inventing writing paper (100 BC) as an easier and more practical way to write on that goes without saying that it is one of the most used items from that moment and on to today.

In 105 AD, under the Han Dynasty’s emperor Ho-Ti, Ts’ai Lun, a high official in the emperor’s government started the first paper industry.

The paper was made of chopped mulberry bark and hemp rags with water, mashing it flat, and then pressing out the water and letting it dry in the sun.

Around 2,737 BC, the ancient Chinese were the first to discover tea and put it to various uses in later times. All thanks to the Father of Chinese Agriculture, Shennong.

Although tea’s very history is complicated and there are many counterclaims regarding its discovery, China remains the main “pot” which mixed and spread the wide range of flavors in the future, worldwide generations to come and to enjoy by every social class or status.

How many bells does “democracy” ring to you? 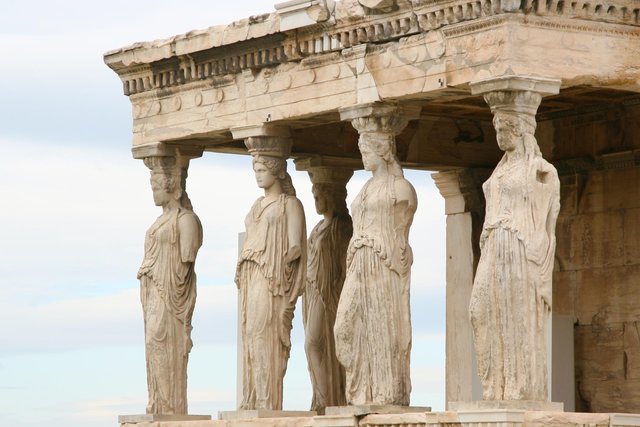 Demokratia, meaning in short, “ruling power to the people”, is a term invented by the Greek ancient lawgiver Cleisthenes.

The ruler of the city-state of Athens, Cleisthenes, is credited for reforming the constitution of Athens and setting it on a democratic stage in 508 BC. Thus, equal power or rather saying to the people for every government act.

The Olympic Games which are easily one of the greatest sports spectacles in modern days have their roots back to over 2,700 years ago. The first Ancient Olympic Games dated in 776 BC. It was a festival to which was celebrated, organized and attributed only to  Zeus.

Introducing many later physical activities such as javelin throw, wrestling, boxing, marathon, disc throw, etc, shaped what the Olympic Games mean even today. What was a celebration and offering to the gods, gave birth to a staple to which every soul commits to these days.

Roman concrete or opus caementicium in Latin was the very first concrete material used to build various infrastructures such as roads and bridges, then, large buildings and whatever they could fit their genius into, dating in the late 300 BC.

Opus caementicium had a very particular formula consisting of volcanic dust called pozzolana to a mortar, made of a mixture of lime or gypsum, brick or rock pieces and to finish water. The Romans mastered the “art” of concrete and structured firmly the way for the modern-day concrete to enter and be present in our lives on a daily build-basis if you will.

Mesopotamia is considered as “the cradle of all civilizations” by many claims and historians. Located in modern-day Iraq, Mesopotamians were great inventors as well. While fishing was present since the dawn of day, not many civilizations dared to invent a tool of such easiness that would let them not only to fish but explore the vast waters of earth or just root the fundamental of exploring for other civilizations. Not until the Mesopotamians invented the sailboat in around 1300 BC to facilitate fishing from lakes and rivers to boost their overall income throughout their territory.

The Mesopotamian sailboat was a huge turn-around in human history but it did not get very far as for the material it was build in, so, it was not directed for high and strong winds or rough waters. Egyptians adopted the idea and further expanded the technology and physics behind it and here we are today on a human-water connection due to these geniuses of past eras. 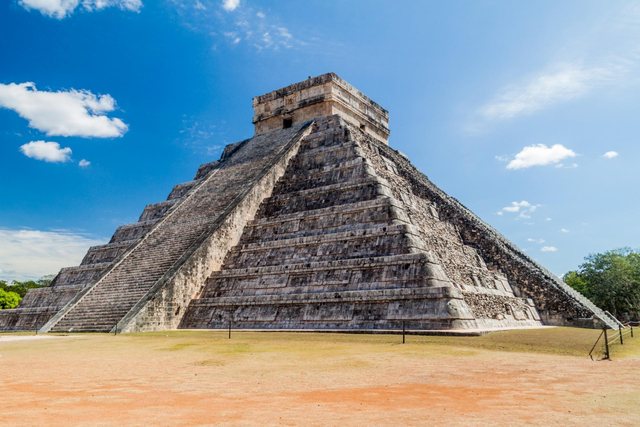 The ancient civilizations of the Maya’s, aside from many astronomic, artistic, scientific and many more innovations to the world, have had a spice of mysticism.

Some of their religious traditions took part through some integral hallucinogenic substances: cactus, plants, and mushrooms were the main source of their natural psychoactive elements. The Mayan shamans took these substances to access some trance-like states of mind to communicate with other dimensions or other worlds so that they could give proper counseling to their rulers.

What comes first to your mind from December 21, 2012? Hm? ...Nothing? Maybe some of you would recall that date as the world went on a full hysterical state for the end of it. Some drew great artistic influence through it. Some simply abandoned everything and started rites about simply waiting for the end of the world. Well, we have to thank the Mayan for that.

Circa 3114 BC, The Mayan calendar was developed and remained the main source of counting the days for those civilizations and people on par with their knowledge. The Mayan calendar had several cycles which or spaces to which they each served as a counting index.

Unfortunately, for the modern-day era, the calendar stopped at exactly the 21st of December, 2012.

The date led many experts to believe that the Mayan knew something we didn’t... The news spread worldwide only to an epidemical gigantic syndrome for the people who believed that the world would come to an end.

But little we knew later on that not only the world would continue to live on and in its cycle, but maybe, just maybe, the Mayan saw as far as that date and that’s it.