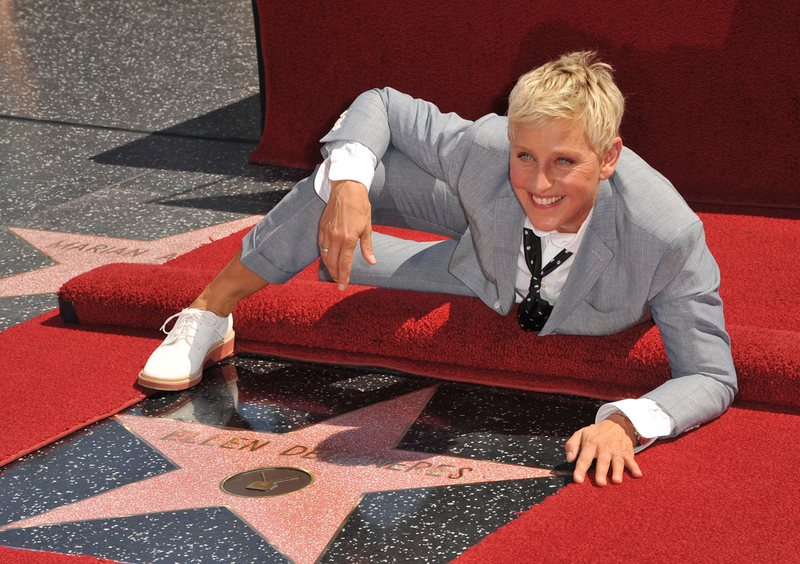 LGBT people are our family, best friends, colleagues, fans, mentors, next-door neighbors, and best of all, our lovers.

The epilogues of their coming out stories, however, all share one common thread: Fear of being misjudged and misunderstood. Sadly, being born into a typically dystopian universe, especially if you are different from the majority who are perceived to be ‘normal’, is one nightmare every Lesbian, Gay, Bisexual and Transgender person has grappled with for a better part of their lives.

Many of them have proved to us that love will always win, even amidst turbulent circumstances. Individuals who, despite constantly being in the prying eyes of contemporary media, have broken out of their cocoons, and boldly defended who they choose to love with profound, eloquent and unequivocal voices.

Bigwig technocrats, executives and entrepreneurs have come out boldly as LGBT, despite their affluent sociological lingos. Their stories have imbued all of us, straight or equally LGBT. Here’s a look at some of them.

Ellen effortlessly fits in with the few individuals on life’s bell curve, who are multi-talented.

She has hosted the Academy Awards, starred in twin blockbuster cartoons, is a TV host, has won a presidential Golden Award, and the boundless sweep of her wry sense of humor cannot even be limited to the Ellen show! And yes, she is also an entrepreneur and runs a business called ED, Ellen DeGeneres.

We all have a story though. Ellen DeGeneres, who never fails to curry favor with her audiences, was once a closeted, ashamed and anguished lesbian.

Ellen DeGeneres coming out unfolds as an organic and seamless journey, tainted with tears on one page, and laughing out loud on the next. The Talkshow mogul first came out as queer about 22 years ago, as a gay lead character, Ellen Morgan on the now-famous puppy episode of the ABC sitcom, Ellen.

In this episode, Ellen is asked: “Are you coming out?”

“Susan, I’m gay.” Those are the three words that made history! The one bold statement that attracted worldwide admiration and intense backlash, both in equal measure.

Later in another interview, Ellen says, “The writers told the executives that they wanted me to come out, because my character needed to be in a relationship, after four years of not being in a relationship.”

This was a groundbreaking moment for both Ellen and the LGBT community in its entirety. The journey to her self-discovery, however, was not all smooth. Ellen confessed that every rehearsal of that specific historical episode broke her down repeatedly. Those specific lines served nothing short of self-deprecating humor until she had cried it all out and there was nothing more to be ashamed of.

Consequent to the public exposure of her sexuality, both her fans and her critics got a chance to pour out their love and hate. Her sitcom on ABC was closed, but her fire did not diminish.

She has been touted as the most influential gay celebrity in history and continues to unflinchingly weave her journey, from a closeted girl who thought being gay was wrong, into the powerhouse, Ellen DeGeneres is today! 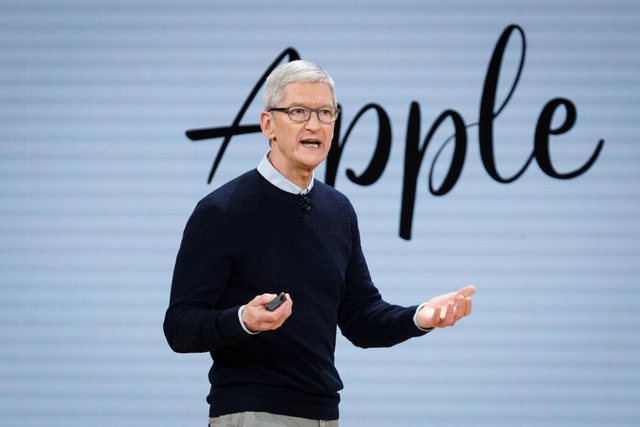 Although his personal life was an open book to those close to him, coming out was a personal sacrifice he had to reminisce over and over. Tim cook valued his privacy and loved having a low profile lifestyle.

In 2014, in a personal essay published by Bloomberg, Tim Cook decisively took a detour from remaining tight-lipped about being gay. For an extensive period, however, Apple’s CEO has been at the forefront in defending and advocating for gay rights, and his essay only confirmed prior speculations.

He officially let it out there that he was an LGBT entrepreneur and executive, and was proud of it! The sense of pride and self-acclamation he accords his unique individuality presents itself on every smeared line of this essay.

He wrote, “If hearing that the CEO of Apple is gay can help someone struggling to come to terms with who he or she is, or bring comfort to anyone who feels alone, or inspire people to insist on their equality, then it’s worth the trade-off with my privacy.”

He is the first CEO of a fortune 500 listed company to come out as gay, and has been named the most powerful gay man in America, four times in a row! We respect that.

Many people would find a gender transition something too heavy to deal with, don’t you think?

Truth is, Trans people are an epitome of unflinching courage. They are a reflection of a deep and provocative exploration of one’s true identity. Having the courage to incisively revolt against a whole idea, a whole concept of who you’re supposed to be, but doesn’t reflect the inner you.

Martine Rothblatt sits at the top of this epitome of strength.

She has been on the receiving end of a lot of transphobic criticisms, all of which were meant to dim her shine, but did not even come an inch close to stilling her marching feet.

Currently, she is among the most highly paid female CEO’s in the world and runs the most successful biopharmaceutical company in America.

Martine Rothblatt has been vocal in defending Transgender rights and has never relented in sharing her story and being an inspiration to a lot of people.

The British Petroleum boss, one of the most successful businessmen around, knew he was gay as soon as he left boarding school. However, like a normal boy growing up as a gay man, he was scared and did not let anyone into this side of his world. Not even his mother. His coming out story is a rare one, with a twist that embroils love, betrayal and how fickle our most trusted people can be!

His story is quite different from the standard coming out stories. You see, love can sometimes dull our senses, make us a little after that we are. Lord Browne decided to try out a gay relationship after the death of his mother in 2000.

He fell in love with one Chevalier and was glad to find someone like him, but being gay is something he had never talked about and did not see himself engaging in such conversations at any juncture of his life. Chevalier accompanied him to social and corporate events and even got to meet some of his core business partners and trustees.

Lord Browne was outed by a Sunday newspaper and made headlines for being a gay executive.

His coming out may have been involuntary but he regrets nothing at all!

He resigned from his position at that time and thought that would be the end. Turns out he was wrong. What he thought would break him, actually loudened his voice in defending and talking about who he truly was. 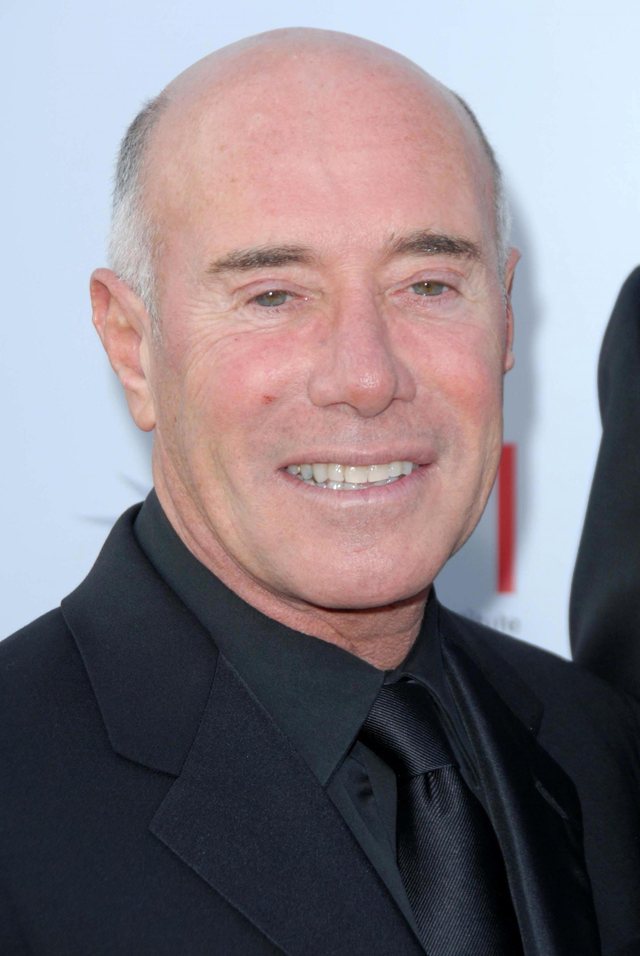 Today we know him as an affluent business executive who has established a flourishing empire in Hollywood.

I’m sure you would want to know when Geffen broke out his glass closet. In 1992, he came out as gay during an acceptance speech: “As a gay man, I’ve come a long way to be here tonight”.

It was not a heartwarming, teary coming out story, to a close friend or colleague. His was amidst uncertainty, before strangers and people he wasn’t sure would be receptive at all!

These are just among the few entrepreneurs who have stood up, spoken up and dispelled all our stereotypes about the LGBT community. They have proved to us, that a person is defined by their intrinsic worth, not by who they choose to love. There’s progress, massive progress, and the world is more receptive to such individual differences.

One thing is certain, the ground, whether red or blue, is always ready for the seeds of change.

6 Best Careers To Choose For This Decade