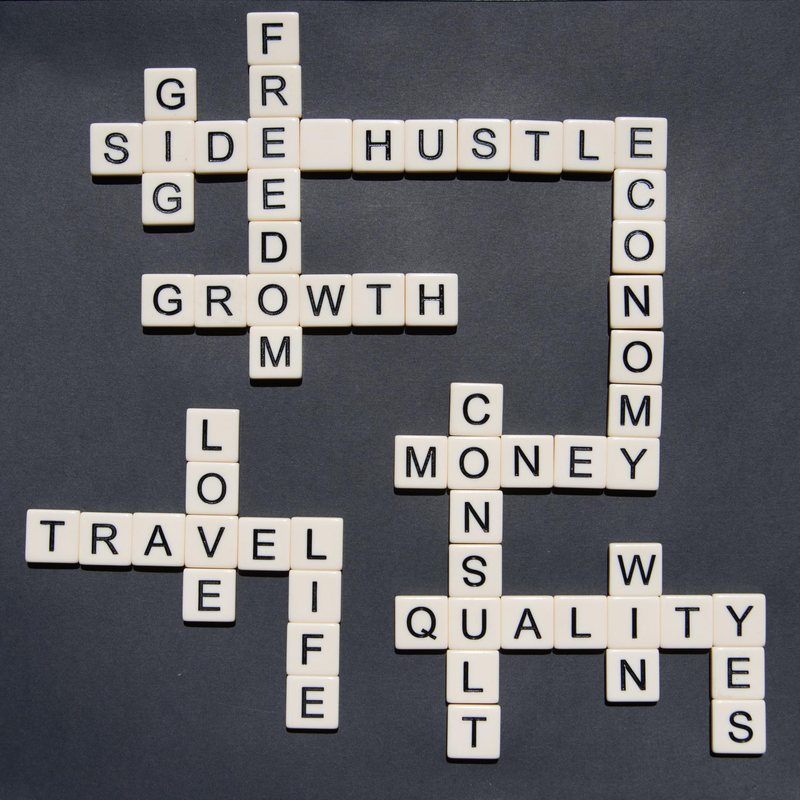 The gig economy is a free-market system where employers or companies do not hire full-time workers. Instead, they choose to hire independent contractors or freelancers, who are paid per work or project completed.

Due to the advancements in technology, these workers can work remotely and according to their schedules.

Recently this type of employment, that allows people to piece in their monthly income through different sources has become more and more common.

Gig economy allows the workers to frequently change projects and employers. Sometimes they may end up working for several different employers at the same time. The demographics that are best represented in this kind of work are people aged from 18 to 34 which comprise in total roundly 42% of all freelancers. By 2025 these people will represent 75% of the workforce, so it is expected that the Gig economy will grow along with that statistic.

Even now, the Gig economy has already started to reshape the market. Gig workers do not have human bosses. They mostly work for online platforms or apps such as Uber, Lyft, Airbnb and so on. This has caused the shift of business responsibility from corporations to individuals. This kind of work climate is in deep contrast with the 20th century 9 to 5 corporate jobs that provided job security, a steady salary, and benefits.

So, the question now is: Considering that predictions by economists show that the Gig economy will most likely grow in the years to come, what will this mean for the market?

Small businesses that need to hire temporary workers, use occasional equipment or services can greatly profit from the gig economy by getting such services from gig providers. This can be particularly advantageous for those businesses that need to move equipment to different locations on an inconsistent basis or who need help with occasional demanding projects. By getting these services from the gig providers, small businesses avoid the huge capital cost that comes with hiring new full-time workers.

The increased competition between companies to hire the best freelancers available raises the costs of hiring such workers. Due to the aggressive growth that the gig economy is experiencing, an ever-increasing amount of top talent workers is being consumed by large corporations that offer this kind of work-life flexibility or added benefits.

This makes it more difficult than originally predict for small businesses to be attractive enough to hire top talents. One of the mechanisms they use to be attractive is by continuously raising the pay offered, which in turn deeply affects their finances. On the other, many freelance workers get smaller paychecks by working as freelancers than they would get if they worked full time for already established businesses. This degree of freedom enjoyment is yet another issue added that makes attracting top talents a bothersome issue for businesses, especially small ones that cannot afford to offer other incentives to potential employees without damaging their finances.

In order not to lose their new hires to the numerous and flexible work opportunities that the gig economy offers them, businesses need to adjust and meet their expectations if they want them to stick around. Every business nowadays tries to incorporate the concept of work-life balance by offering benefits such as gym memberships, discount vouchers, paid leaves and so on.

However, now they must also consider the added expectations and requirement of new hires who previously worked as independent freelancers. The most common new expectations that potential new hires have are:

1. Flexible working hours that range outside of the typical frame of 9 to 5.

2. Physical and wellness activities at the workplace

3. Possibility to take days off not only to care for their physical health but also their mental health

5. Financial allowances to further educate and develop themselves

The gig economy adds flexibility not only to the lifestyle of workers but also to the hiring ways of companies and businesses. Businesses can place their newly hired employees on a trial period, during which they observe if they are fit for the company or if they complete the assigned projects on time. If they are successful they are promoted to a full-time position, if not they are set free as freelancers at the end of their contracts.

Naturally, this practice increases the demand for continuously better freelancers, who can right away fulfill the expectations and work requirements of their future employers.

For students going through college or university, single parents or retired workers gig economy represents very desirable opportunities, that can be molded to fit the lifestyles of people who cannot work fulltime. However, in recent years a growing portion of the middle class is relying on gig jobs and projects as their main source of income. Often these people cannot afford the instability and insecurity that gig projects offer them, as they require finances to fully provide for themselves or their families. Gig work does not offer any stability and so it makes it very difficult to plan a stable adult life or to get the feeling of belonging and pride that is associated with working fulltime for the desired kind of business or entity.

The current work contracts that are singed today between employers and employees are suitable only for fulltime or part-time ways or working. The gig economy is not represented in these contracts and the way that businesses who offer gig work operate in an often-legal grey area. Companies that employ gig workers are not paying them any benefits because gig workers are not a category that is legally recognized in the current work contracts.

So, it is not surprising that the gig economy could in the future change the way that works contracts are drafted. The change would mainly concern how these benefits are paid to the gig workers.

Future Smartphones: What Is About To Happen?