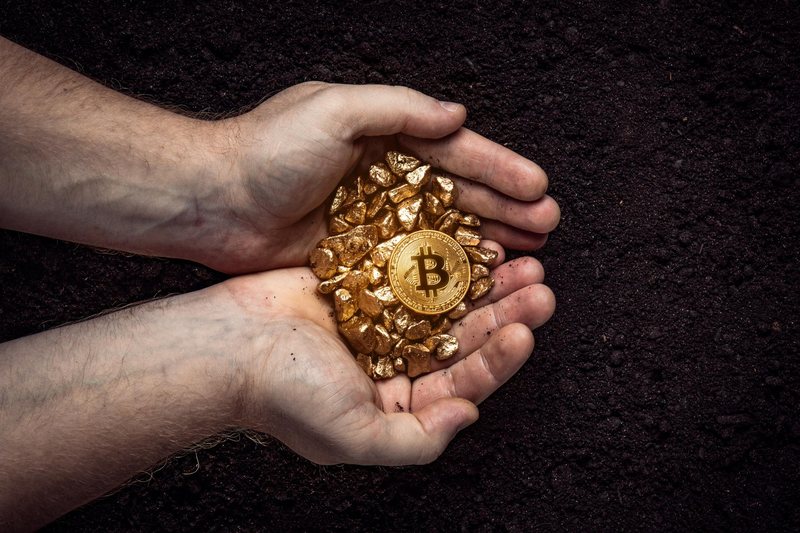 Gold is a symbol of wealth and prosperity. It is included in an investment portfolio which helps to neutralize the effect of other high-risk investment instruments such as mutual funds and stocks.

The gold value is higher as compared to other metal. Its value keeps on rising. These attributes make it important in the human economy. This makes gold real and independent.

Digital gold is a new method in the market for trading in the yellow metal as an easy and safe way to buy and sell gold instantly.

Investors ready to invest in gold can do so online at the comfort of their homes. Digital methods allow investors to buy and sell gold infraction. These methods of owning gold are more reliable and stable. The buyer buys physical gold and stores them with the third party.

Gold bought digitally is easier to buy than buying from retail, since no storage cost attached. Transactions take place if a storing company has 100% physical gold that a client is buying.

Gold is exchanged between the seller and buyer and not the storing company. This market transacts electronically. One has to have a unified account that is linked to a gram of gold.

Gold in the digital market can act as security in access to money aids. Since the owners keep digital records, as opposed to physical gold one can claim for ownership. In this post, we will discuss the history of digital gold and the mining of digital gold.

Digital gold was the first digital currency backed to the real gold in 1995. After gaining popularity, millions of people around the world used this service until it was closed.

They made more attempts to make a digital gold currency, but this was before the era of bitcoin and blockchain technology.

A coin or a token is used to represent a value of gold (1 gram of gold is equals 1 coin). The gold is stored by a trusted storekeeper and is traded with other coin holders. The price of the coin will always be equal to the current gold rate.

When investing in such tokens, you have to look for actually who owns the gold and how do they store it.

Mining in digital gold does not mean drilling ground but the process in which it is issued by a blockchain network. This occurs according to a set of predetermined algorithms. This is a network that creates coins according to proof of work schemes requiring mining, a complicated process. Miners use computer hardware to run algorithms on specific software to verify and tally transactions displayed on the blockchain network.

· After making a transaction over a blockchain network the transaction is recorded and added to a block.

· Miners in the network have to compete to secure and encrypt this block.

· To encrypt the block miners have to solve a cryptographic problem using a guess and check method to find a correct cryptographic answer for the block. A miner is required to invest in application-specific hardware to have better chances to be the first to verify and secure the block.

· After they secure the block, they add the block to the blockchain network and verify it by other computers in a process known as consensus.

· When a miner successfully verifies and secures the block, they reward them with newly created coins, in a process called proof of work.

Digging is also referred to as mining. It is a process in which investors are contributing a great deal of effort to receiving a gold coin. It is sensible that miners who want to contribute to blockchains are in the game of making a profit.

For those miners that money is not a problem, they go far to invest in the Application Specific Integrated Circuit. They are designing this hardware for a more specific task, such as mining.

Digital mining consumes a lot of electric power. To avoid giving digital gold at easy cryptocurrency are developing cryptographic puzzle. Miners solve this cryptographic problem. If a miner is taking much time in solving the problem the more electric power is consumed. Some miners are also moving their work to rural areas where the cost of power is more economic.

Miners who are looking to make more profit in blockchains are making large investments in hardware rigs, electric power supplies or a combination of two.

Centralization of mining is another issue. The process of coin creation is controlled entirely by a handful of centralized powers. Miners know that to enter the mining game, one has to be strong enough to take large cuts in the mining profits. This makes small organizations and individuals struggle to compete in the space. To control the influences of ASIC and large corporations, new blockchains and altcoins are adopting more complex mining algorithms and proof schemes.

Investors in blockchain technology who have been successful in the past are creating funds to support small-scale, international miners. This is an influence to decentralize the mining process for blockchains that require proof of work. Different schemes are having different rewards for miners based on different factors.