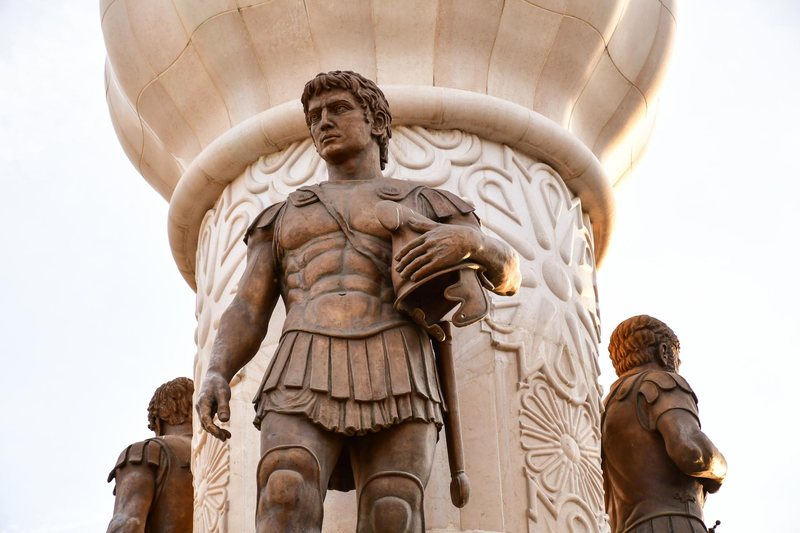 If you’ve ever set foot to a history class, I bet you can trace the word Emperor or Empire somewhere from the foggy recesses of your mind. An emperor is a sovereign ruler of an empire.

Before democracy manifested itself on planet Earth, emperors and kings were in charge, and they ruled vast domains.

History books and monuments give us the evidence of all the emperors who ever ruled, but only a few stand out. The greatest of the great. These are emperors who may have conquered the most violent of battles, or ruled over territories that spanned continents. Those names are not just that, names, but monumental appellations that will forever remain significant on our historical memory of humanity.

He was born in Pella, an ancient city in the Greek Kingdom of Macedonia, to King Phillip II and Queen Olympias, at around 356 BC. His father was a King, hence he was brought up as a prince and was greatly convicted that his birth had been divine. Alexander was educated by the legendary philosopher, Aristotle, who was a major influence on his convictions and lifestyle.

King Phillip II was assassinated in 336 BC, and Alexander was forced to take over, at only 20 years old, and without his father to dispense navigational advice. On inheriting a solid and strong army, Alexander’s genius military prowess imbued his soldiers, and they remained loyal to him for a long time.

At only 18 years, Alexander the Great played a pivotal role in successfully leading the left-wing command, hence securing victory for his father, at the Battle of Chaeronea.

On the commencement of his reign, Alexander killed all the internal rivals and detractors, mainly from the independent states of Greece that posed a threat to his sovereign rule. In a flash of synapses, he had ensured complete control over Greece and all his detractors surrendered. Alexander was determined to exclusively take over the Achaemenid Empire (First Persian Empire) and achieved this amazing feat by securing victory in the battles of Issus and Gaugamela.

Alexander the Great then shifted his gaze to India, in a bid to extend his already expansive empire. He defeated Porus, the ruler of Punjab, and took over Western India in all its entirety. This was the last great battle of Alexander, before he had his last bow, after contacting a persistent fever in June, 323 BC.

Alexander is remembered for his noble capacity to culturally diffuse the empires he conquered, and for the extensive spread of the Greek culture. He had more than 20 cities named after Him, most notably, Alexandria in Egypt. By the time of his death, Alexandria had an empire that spanned 3 continents, one of the largest states during that time.

Though he died when he was only 32, he is considered one of the greatest rulers in history. 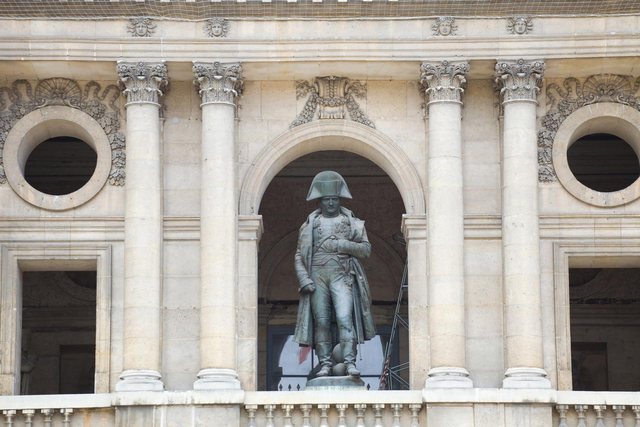 Napoleon was this one bright star in the military realm. Born in 1769, in the Island of Corsica, Napoleon attended military school in France, a phase which hinged his entire powerful career.

His ascend to political power was majorly fueled by the events of the French Revolution, where he helped secure victories for France.

Although his reign may have been tainted with controversies and drama, Napoleon remains one of the military geniuses of the modern-day world.

Unlike most of his fellow emperors during that time, Napoleon self-proclaimed himself as emperor of France in 1804.

He was part of a group that orchestrated the Coup of Brumaire which had been successful, in many historians' viewpoints, in ending the French Revolution.

Before that, he had been emperor of France from 1804-1814. Though touted a controversial leader, Napoleon’s reign, both as an emperor and a military strategist and commander is still studied in history books.

Napoleon Bonaparte is a name that rings a bell in the mind of every military personnel. His war campaigns and strategies still prove to be compelling to this date and are studied in military schools.

Napoleon conquered much of Europe, during the famous Napoleonic wars, which mainly encompassed the strained relationship between France and other European Nations. In June 1800, he commanded an army that triumphed the French’s perennial enemy, Austria, and brought victory home after almost an eternity.

After a successful French revolution, Napoleon shifted his entire focus to rebuilding a cohesive, and stable post-revolutionary nation. He put immense effort into supporting banking and finance sectors, Science and Arts.

The legal world, and the French legal and justice system, to be specific, had Napoleon’s name etched on every core of its existence. He introduced the Napoleonic Code, which is still used by some of the justice systems nowadays.

Napoleon encountered a major blow in 1810 after he failed to successfully invade Russia, and he lost countless soldiers in his troop.

He was also defeated by the British at the Battle of Waterloo, who was helped by the Belgians. 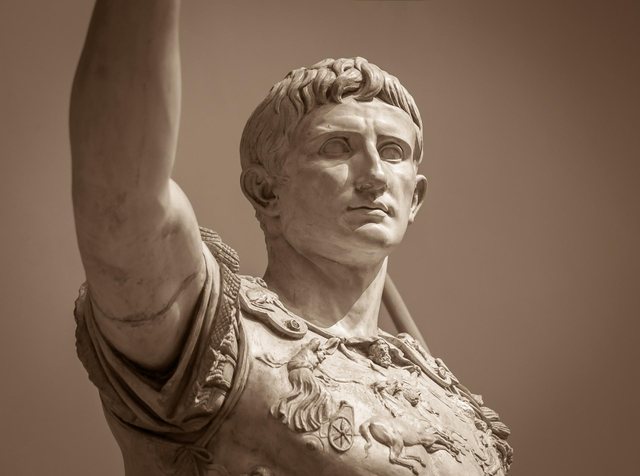 Augustus Caesar was the first emperor of the newly rebuilt Roman Empire, after its destruction during the reign of his predecessor, Julius Caesar, who was his great uncle.

He may have inherited the title as a ruler when Rome was roaming in the dark chambers of pessimism, and uncertainties. Caesar turned these tables in the most honorable way and presided of Rome with heightened dignity. Here are some of his boldest achievements.

Octavian, another name he was called, engaged in a fierce battle with the troops of Anthony and Cleopatra. This battle was later christened as the Battle of Actium. That granted him the sovereignty rule over Rome, a task he impressively took up for 41 solid years.

The Roman empire would later last a whole 1400 years.

Rome was a troubled empire before Augustus Caesar came to its rescue.

Civil strifes and wars were the order of the day, and Caesar is generally remembered for restoring peace in Rome after a season of perilous instability. He oversaw a period of peace and tranquility in the Roman empire, touted the Pax Romana, which extended from 27BC to 180 AD.

He was strongly convicted that the continuous wars in the Roman Empire had eventually eroded the religious systems of his people, and hence felt an urgent need to restore religious sanctity among his people. Caesar built and repaired sanctuaries of God's worship and reignited the spark of celebrating religious festivals. His religious reforms were pivotal in reviving the Romans’ beliefs in their traditional gods.

He strongly backed up the taxation system in his empire by introducing direct provincial taxation, which helped in taming the revolts against taxation. His financial reforms, like the introduction and expansion of the Roman coinage, immensely strengthened trade in Rome.

Hannibal Barca and Hamilcar Barca are the perfect definitions of ‘a fruit not falling far from the tree.’ One of the leading commanders during the Carthegian war fathered an even more daunting military commander, which history has not encountered in a long time. Born amidst an ocean of struggle, despair and constant defeats by the Romans, he did not give up.

Hannibal was also a great scholar and had incredible knowledge from ancient Greek soldiers.

He contributed to writing military literature since his father educated him perfectly on matters concerning warfare.

Under his command, Carthage defeated Rome in the First Punic war. Rome had for a long time been the main threat to Carthage, even long before Hannibal graced the earth. They had suffered consisted of defeats from the Roman empire, hence Rome remained a perennial enemy to Carthage. Hannibal was determined to regaining their lost glory, hence he traveled to Spain, to seek military support, which finally paid off.

Hannibal’s main achievement in battle was putting up a spirited fight against the Romans, and thrashing them during the first and second punic wars.

Just as he had promised his father before his death, he managed to maintain the Romans as a key enemy and did all he could to win all the battles against them.

Atilla the Hun was born in 406 AD in the present-day Circa Hungary. Atila’s personality was more inclined to power-drunkness. Or maybe he was just a go-getter.

He instinctively took his brother’s life, in a bid to ascend to power to become the sole ruler of the Hun community.

Despite this, however, his people praised him, for being a unifying factor among all the tribes of the Hun community. He not only became popular, but he was also termed as a ruler with a natural propensity for justice.

Well, it seems Carthage was not the only foe Rome had. The Hun community was more than hostile towards the Romans, and their emperor was at the forefront of this unprecedented hostility. Atilla was focused on ruling an expansive territory, hence he conquered the surrounding empires, and expanded his rule into the Germanic tribes.

He constantly harassed the Romans, and frequented their lands, with unending raids.

Atilla was not only a merciless but a hostile leader who expanded his rule and territory from the Huns to Germanic tribes. He constantly invaded and raided Roman empires and inspirited fear throughout Rome.

In 434 AD he conquered Rome and forced the Roman emperor Theodosius II to remit monetary tributes and enter a peace treaty with him. Atilla, however, was not a man of his word, he broke his peace treaty with Rome and expanded his empire into the Romans’. Any town or city along the Danube river was not spared, he conquered and took all of them. Naissus and Serdica were the most hard-hit, during his conquests, yet they were his home towns. The Roman emperor at that time, Theodosius II was forced to build a great wall to keep Atilla and his army from any farther invasion.

Theodosius begged for terms again and Atilla tripled his monetary terms in the form of tribute. With the rise of the new Eastern Roman emperor, Marcian and western Roman emperor Valentinian, Atilla found it quite hard on his side. The duo declined to pay him any allegiance, making Atilla gather 500,000 men to attack Gaul (now France). He was defeated at Chalons by Aetius who had banded together with Visigoths.

In 452AD, he attacked Northern Italy but spared the city of Rome. Legendary historians have it that two saints (St. Peter and Paul) threatened to kill him if he declined to have a cohesive relationship with Pope Leo I. Atilla died mysteriously the following year, 453AD leaving behind a divided empire that was ripped apart by his sons. One of Atilla’s quotes goes something like, “There where I have passed, the grass will never grow again.” And this fact is indisputable.

6 Celebrities' Life Before They Became Famous