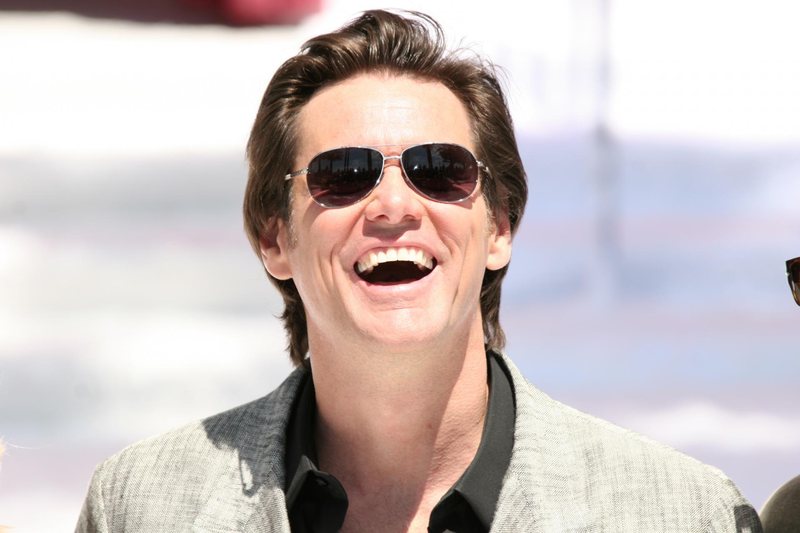 We often forget that sometimes their past was not that easy. Truth is, many millionaires went from debts to fortune.

Here are some of the most inspiring stories of such celebrities. Millionaires who did not allow their once-difficult situations to submarine their life aspirations. Those who were determined to beat the odds.

How did they do it? 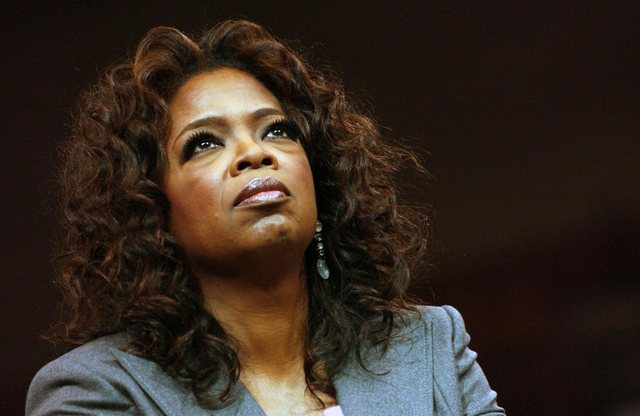 She is hailed as the Queen of talk shows, having run the most successful talk shows of all time, The Oprah Winfrey Show, from 1986 to 2011.

Besides launching a production company Harpo Inc. and Television Network (OWN), she is also the first black female billionaire, earning the presidential medal freedom in 2013. Oh, and she is an electrifying actor, having featured in films such as "The Color Purple" for which she was nominated for an Academy Award. She is also a rumored potential American presidential candidate.

We can go on and on when it comes to Queen O’s endless string of achievements, but that is not how her story begins. Oprah’s story has often captured the hearts of many, weaving in her journey from a poor, sexually abused young girl, to an executive media powerhouse.

Her childhood was very difficult right the point of her birth in rural Mississippi, 1954. She lived with her grandmother in a small farm after her parents separated. In a bid to escape from the endless torment resulting from sexual abuse from her male relatives and mother’s friends, Oprah ran off to live with her father. This, she says, was what turned it all around for her. She won a scholarship at Tennessee State University, majoring in media.

The Nashville Columbia Broadcasting System offered her a job as a broadcaster. Upon her graduation, she got to work with different TV and radio stations.

She was catapulted into fame by the film, The color purple that received flaring popularity. In 1984, She took over a lowly rated talk show, A.M Chicago and turned it into the powerhouse that was later renamed The Oprah Winfrey Show. The show launched in 1986 and ran for 25 years until 2011. The show aired on over 120 channels and earned $ 125 million by the end of its first year.

The show also received many Emmy Awards, and Oprah has had an extensive media career.

Today, she is worth an estimated $ 2.7 billion and is among the highest-paid entertainers in the world. Oprah is also known for her contribution to charity and politics. He went from living in a car for years to building one of the most profitable hair companies in the world, It is a tale that imbues all us. A single mother in Los Angeles raised John Paul, after which he shifted from one foster care to the next.

When he became of age, DeJoria tried his hand on every survival tactic that crossed his path. He sold Christmas cards and was unable to attend college due to turbulent economic conditions. The 73-year-old self-made billionaire often states that such difficult times propelled him to make something out of his trouble-pelted life.

At one time, he was a door-to-door shampoo and encyclopedia salesman. At that time, the thought of becoming a billionaire sounded like chasing a faraway vision. The businessperson has stated on several occasions that such jobs taught him the value of rejection and closed doors.

With just $ 700, John Paul started on a business venture that turned everything around for him. He collaborated with Paul Mitchell in 1980, and together, they took the leap and came up with an insanely profitable hair company.

Today, John Paul DeJoria boasts of a net worth of $ 3.1 billion. He has also co-founded another company Patron Spirits Co. Earlier this year in March, he launched a line of 3D cellphones under his ROK stars brand. 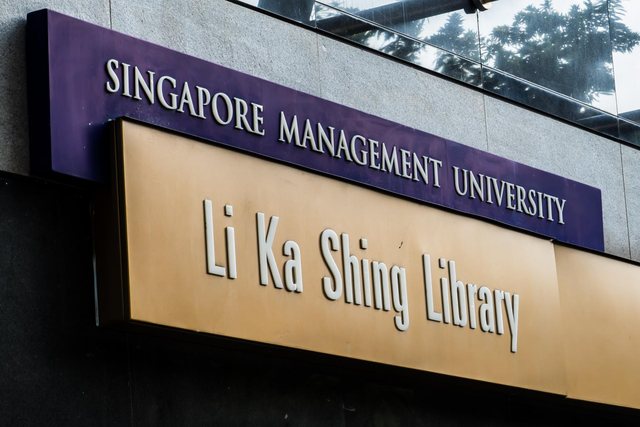 Sign above the entrance
Li Ka Shing Library at the Singapore Management University.

The business magnate recently made headlines after volunteering to fund tuition fees for an entire college class, for 5 years! Besides having massive wealth, he also has a big heart. What inspires him to give back is his struggle before fame and riches.

Li Ka-Shing’s rags to riches story is a clear demonstration that working hard and succeeding have a very strong correlation. At only 14 years, he was compelled to take up adult responsibilities after his father passed away to tuberculosis.

His family seemed trapped in an airtight cage of poverty and Li was determined to change this situation. He dropped out of school and took up work in a factory that made plastic watch straps. By age 16, Li had a fulltime job in a plastics trading company.

He used his struggle to invigorate his passion and at the age of 22, the future billionaire quit his factory job to start his own company. They were mainly manufacturing plastic toys but later shifted to plastic flowers.

This groundbreaking decision was his life changer. Many decades later, Cheung Kong is worth billions and Li Ka-Shing is the 23rd richest person in the world.

His incisive business genius propelled him to venture into real estate, even though his company was still in incubation. He purchased factories and other buildings around Hong Kong at lucrative discounts.

One defining moment for Li’s business life was in 1979 when he acquired a controlling stake in Hutchison Whampoa. By 1987, he was already a self-made billionaire, and today, Hutchison Whampoa earns annual revenues of over $ 50 billion.

Li is seemingly an adventurous investor and has his hands on quite a several business ventures. He invested in Skype in 2005, bought U.K Power Networks in 2010 ($ 9 billion), Northumbrian water, Spotify, Hzo and Waze.

At the age of 83, and with a net worth of $ 30 billion nothing can suppress his business instinct and it can only get better for the former factory worker.

Cheers to the business mogul that gave us Starbucks, which has transformed into one of the biggest coffee houses in the world. Schultz traces his childhood to Brooklyn, New York where they lived in a low-income neighborhood. Howard’s father was a truck driver and upon injuring his leg when Howard was only seven, life became an endless struggle. His childhood was marred with poverty and it pained him to see his father strain financially.

He earned a scholarship to college, where he majored in communication. Throughout college, Howard depended on student loans and odd jobs such as bartending. He even sold his blood for money on several occasions!

Once he was done with school, Howard landed a job as a sales manager at Xerox, then at Hamamaplast, a Swedish pharmaceutical company. In the wake of his career at Hamamaplast, his interest in the coffee industry sprouted. The company was also selling coffee machines to Starbucks.

The Starbucks’ owners of that time, hired him as the director of retail operations and marketing. In 1985, he quit his job and proceeded to start his own coffee selling company called “Il Giornale”. Fast forward to a few years later, he purchased Starbucks for $ 3.8 million.

By 2010, the company’s profits had soared to $ 945 million. Today, Howard Schultz is worth an estimated $ 3 billion and Starbucks receives annual sales of over $ 16 million. Hollywood stars often seem to have it easy, but this is not the case for all of them. Actors such as Jim Carrey have stories with very rough beginnings. We love him for his incisive wit and sense of humor, but you will love him even more after learning his success story.
Carrey was born and raised in Ontario, Canada under turbulent circumstances. His father was unemployed when Jim was only 15 years, and he had to step in for the family. By tenth grade, a young Jim had to juggle exhausting night shift jobs and his schoolwork. He also struggled with dyslexia.

His family moved to Canada, and they lived inside a Volkswagen camper van for eight solid months. He consequently dropped out of high school and took up odd jobs to make a living. Jim Carrey ended up working worked as both a security guard and a janitor.

He tried out stand-up comedy at a comedy club in Toronto and did quite well. He then left his factory job to pursue a career in acting and comedy. He headed to West Hollywood in 1983 and starred in a couple of TV shows such as "The Duck Factory".

In 1984, Jim Carrey encountered his big TV break when he starred in finding keepers. After 1994’s comedy Ace Ventura, his acting career skyrocketed. Several hits such as "The Cable Guy" and "Liar Liar" followed.

His unflinching optimism and perfect sense of humor sustained him through his roughest times and he went ahead to hold a very successful career in acting and comedy. Today, Jim Carrey earns an estimated $ 20 million out of every film. 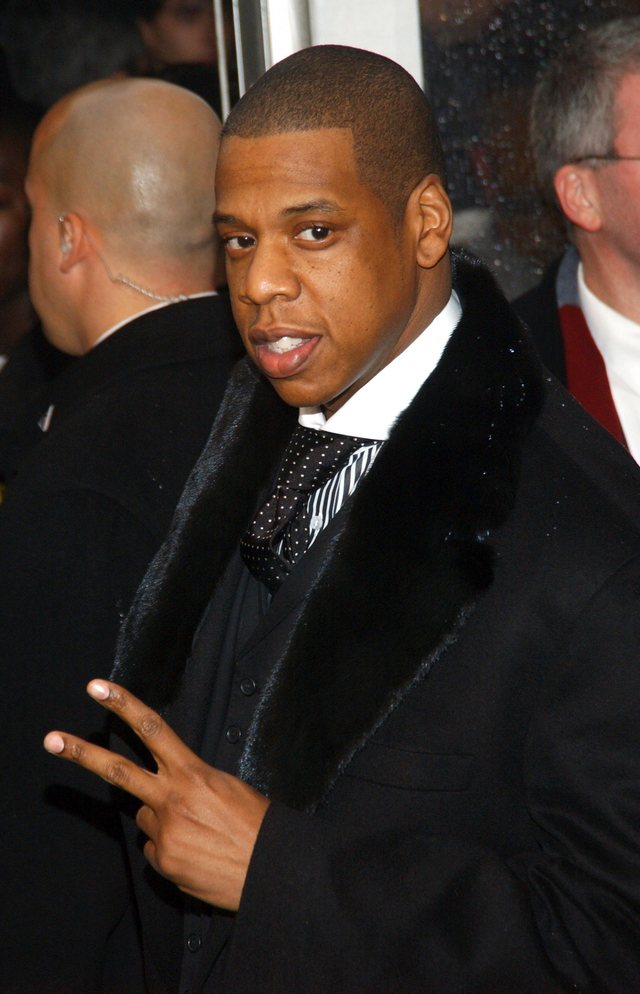 There is certainly no way we can exclude rapper Jay-z from this list. Before he became Jay-Z, Shawn Carter was oblivious of how much his life would change.

A single mother raised him in Brooklyn, New York, together with his three siblings. The crime was inevitable in their low- income neighborhood, and it eventually caught up with a young Jay-Z. He opted out of high school and got involved in drugs, even ended up selling crack to make ends meet.

Amidst all the madness he got muddled with, Jay-Z knew he was a talented lyricist. Though uncertain, and with crossed fingers, he followed this path. He started by competing in freestyle competitions, which he won quite many of them.

He then decided to collaborate with a fellow rapper and worked on a single, "The Originators". It earned him a feature on MTV and Jay-Z has never looked back.

Despite facing countless rejections from major recording labels, he kept pushing. He started his label, Roc-a-fella even though the road to success was rocky.

In 1998, Jay-Z released volume 2 of the album "Life after death", and the rest, as they say, is history. A couple of hit albums later, he has sold over 75 million records and won 21 Grammies. He is also a successful entrepreneur, and owns a record company, designs clothes, and is worth an estimated $ 1 billion.

These are examples of celebrities who clawed their ways to success. Millionaires who went from zero to hero.

What is your excuse?